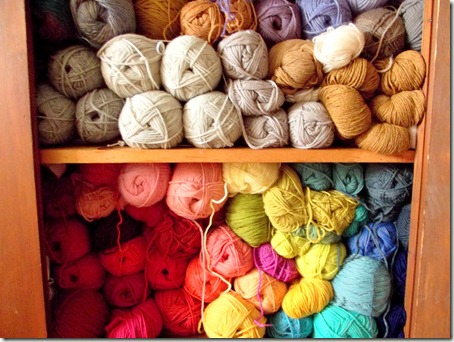 As it always happens whenever I’ve finished a big project, my mind is scattered.  I think my brain sees a tidy work table as a fresh opportunity to start a whole bunch more things, as if I have now bent the time/space continuum and can make everything all at once.  It’s hard to settle on something when it all seems so possible, and I already have the yarn to make everything in the world. 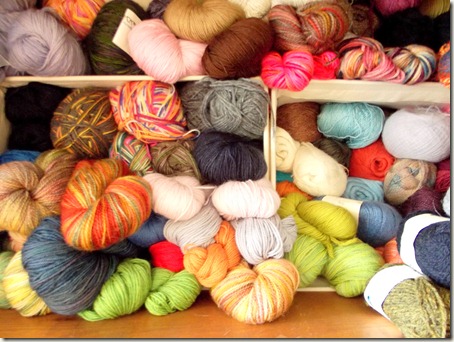 I did spend a few hours (yes, hours!) sorting through the stash and tidying and organizing and (gulp) getting rid of a few things.  When it was all out on the table, all in one place, it was kind of an eye-opener. 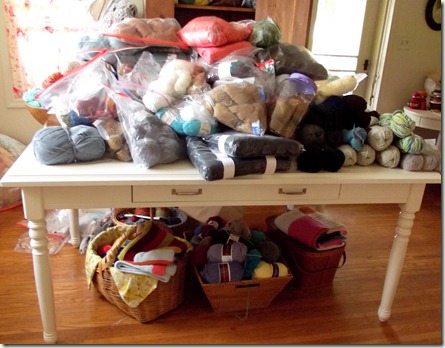 That’s really more yarn that I want to keep track of.  It had gotten to the point where I couldn’t remember what all was in there, which made me squirm every time I opened the door.  While it was all piled on the table, the girl came in, made some kind of horrified noise, called me “Mother” (for emphasis), and then began to narrate a documentary about how the total disarray was a metaphor for my mind, as the bags were slithering one at a time to the floor, which made me fall over laughing.

After a few minutes of panicked pacing and hand-wringing, during which I was positive it would never fit back in the cupboard, I dug in and started sorting.  I found out some things.  1) I love sock yarn.  2) I have a big requirement for beige and gray.  3)  I have probably spent more on yarn than the entire cost of my college education.  I also re-discovered so many lovely things I’d forgotten about, and was all inspired about them again, but I also had to admit I really do have enough yarn now.  And it felt great to purge some of it, and to put back neatly everything that was left. 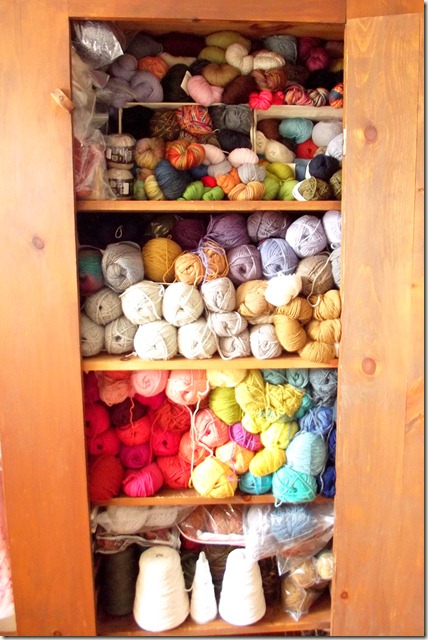 It does seem like I’d better get busy.  I’ve got a few ideas.