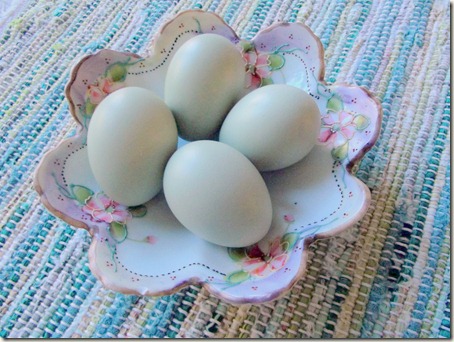 There are four tiny blue eggs, the first eggs from the new flock, gifts from these girls: 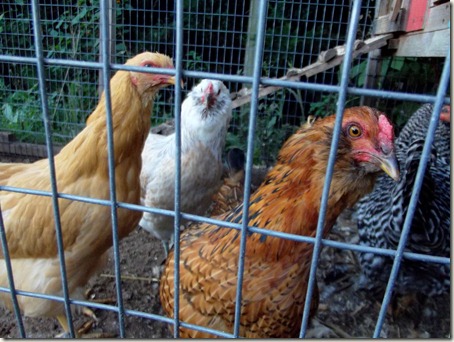 Their faces are so hilarious to me.  That one in the front, who is named Roo because I thought she was a rooster until she cackled happily and laid one of those eggs up there, just has the most ridiculous face.  She’s all, “What are you looking at?”  She’s like that old lady down the street that everybody is afraid of because she yells at all the kids and puts Keep Off the Grass signs around her house, but who secretly is lovely and bakes the best cookies ever, and knits red mittens for the orphans overseas.   I love her, and I think she loves me too, though she’ll totally deny it. 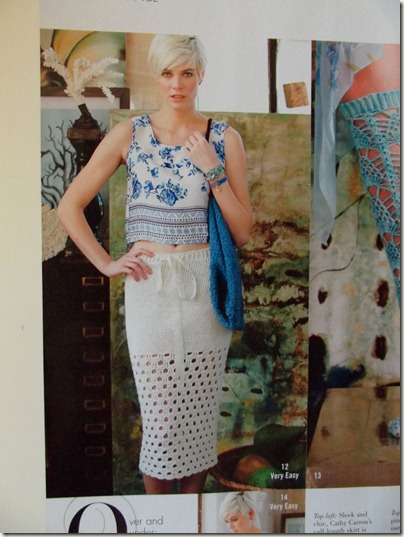 I was going to make this skirt, from the Crochet 2012 issue of Vogue Knitting magazine.  I have the yarn in the cupboard, leftover Jo Sharp Soho Summer DK Cotton, used for this and this and this and a whole bunch of other things, too.  I carefully measured myself.  I was honest with the tape measure and my own backside, and I measured the piece as I went.  I was getting gauge, everything checked out.  I showed it to Leda, who said, ominously, “It’s gonna hug your butt…”  but I was confident.  It matched the schematic.  I spent a hundred million hours working single crochet in the round, and I got this far: 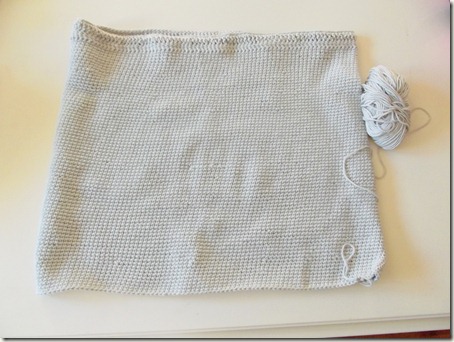 Then I tried it on.  Friends, there is not enough Spanx in the world to make me wear this.  Unraveled.

Unrelated:  It has gotten to be that time of year where everything in the yard is beyond lush and moving towards decomposition.  The melon vines are withering and spent, and there is the hugest, scariest spider living in my tomato patch.  I have no particular fear of small, ordinary spiders but this spider was wearing a pinstriped suit and smoking a cigar.  The web was so spectacular, one of those perfectly photogenic orb webs you see with the dew clinging to it in such a woodland-ish, nature-y way and I was enchanted by the web itself, but reduced to a whimpering child by the spider, who I think was carrying a gun.  I stood there kind of quavering at it in a fascinated but petrified way until it loped off into the shadows, and I have not seen it since.  My next project will be to craft a set of chain mail opera gloves so I can pick the rest of the tomatoes.  I love August.