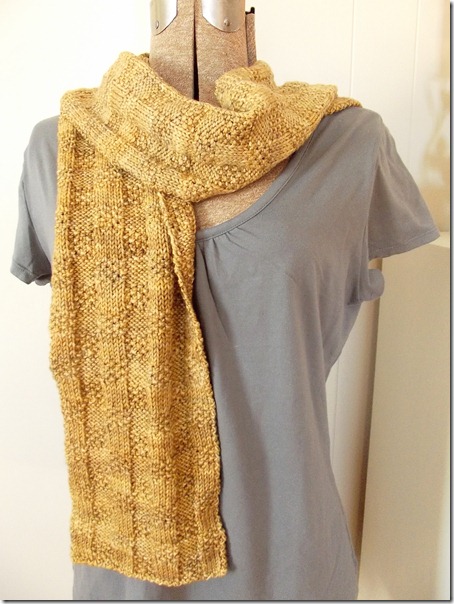 Omigosh, I’ve been working on this scarf forEVer.  It was in progress so long that I sort of forgot about it, and when it did wander across my mind, I doubted whether I was going to like it well enough to keep working on it.  It hunkered there in the work basket almost a year.  A year! 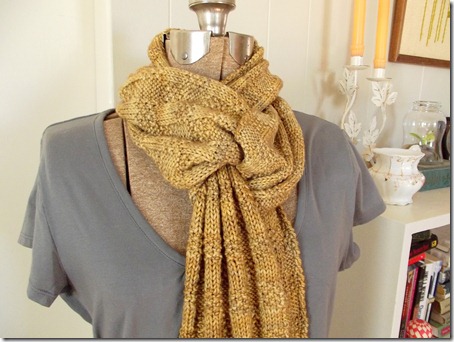 The problem is that the yarn is so utterly delicious that it hardly seemed worthy of any project at all, and the more I looked at it and cuddled it, the more I didn’t like the scarf, just for using it up.  This is two skeins of Madelinetosh DK in the color “Faded Chinos”, worked on US 5 needles.  Oh my goodness, the Madtosh.  So gorgeous. 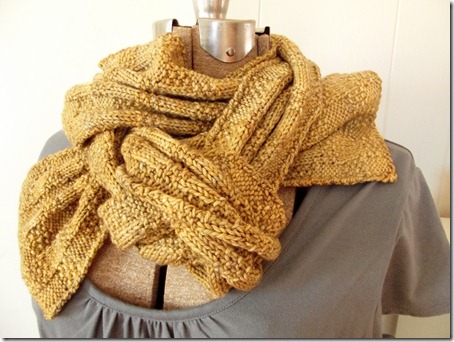 I saw the gingham-effect stitch pattern in this book, cast on with the Tosh, and was enchanted—for about ten minutes.  After which time I had to keep reminding myself it was there.   I took it with me to appointments; anywhere I knew I’d be a captive to it, just to make some progress.  (That’s how this happened, incidentally.) 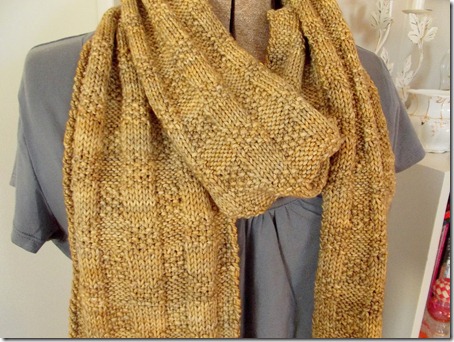 As it grew, it started to pull in like ribbing, and I worried, so I steam-blocked the first half, just to make sure.  I almost ripped it out, so many times. 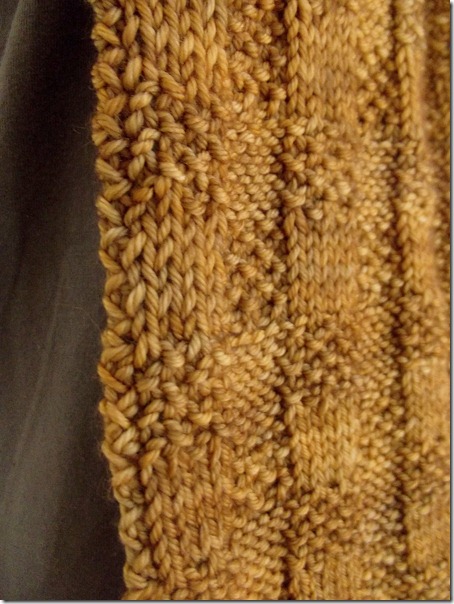 When finally it was long enough, I bound it off, worked a crochet crab stitch around the edge, and then blocked it again, this time by soaking it in the sink and then spreading it out on the floor.  I glared at it as it dried, trying to make it stay flat with the force of my will.  It still pulls in a little.  Yargh. 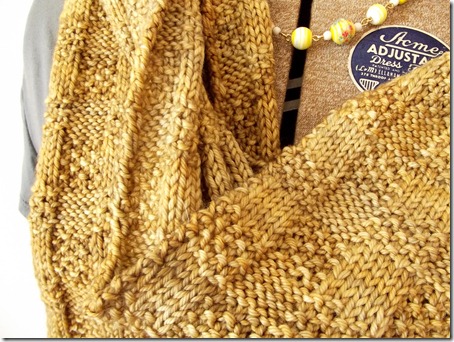 Look at that stitch definition!  Swoon.  I am mad for the Madelinetosh.  It’s the best thing about this project.