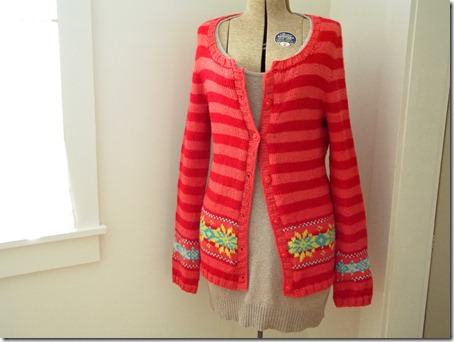 Years ago when I worked in an ice cream shop, we had a flavor called Superman.  Red, aqua, and bright yellow ice cream, it was a big favorite of the eight-year-old boys in the neighborhood.  I thought it was so gross.  Stir it together too much and you get gray.  Bleah. 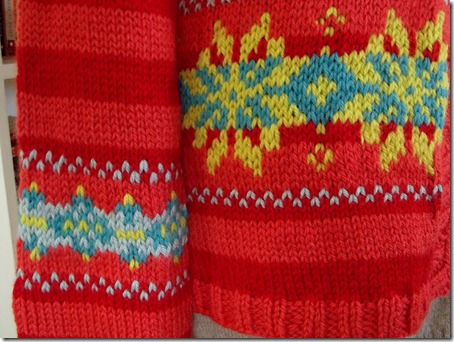 The whole time I was knitting this, I worried that it was looking like Superman ice cream. 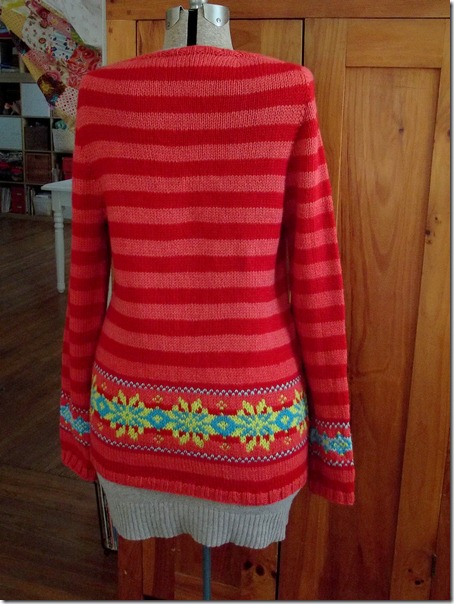 I’m kind of a worrier. 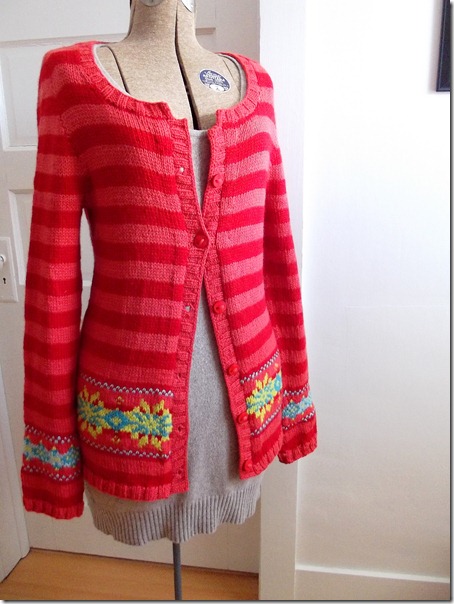 I guess I should give myself a break, though, because this turned out pretty good.  Actually, I love it. 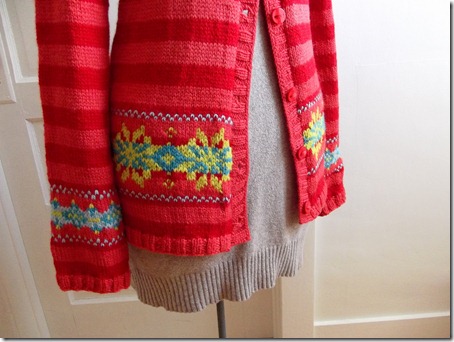 I began with Driftwood by Isabell Kraemer (that’s the perfect sweater pattern, by the way, and it is free.  Free!) and converted it to a cardigan by knitting back and forth rather than in rounds.  I added the colorwork sections, the charts for which I borrowed from the pattern for the Sunshine Bag, from this book.  Yarns used are Paton’s Classic Wool in Bright Red, Currant, and Highlighter Pen Lemongrass, Ella Rae Classic in Turquoise, and Debbie Bliss Cashmerino Aran in a pale grayish blue, the last being an unadvisable yarn choice when performing the death-defying steek, what with its microfibers and all.  That’s the one that scares me the most, vis-a-vis the steek, and hopefully I have secured the ends well enough.  Well, it was the right color, what can I say?

Here’s what the steek looks like on the inside.  It’s a hot mess, I know. 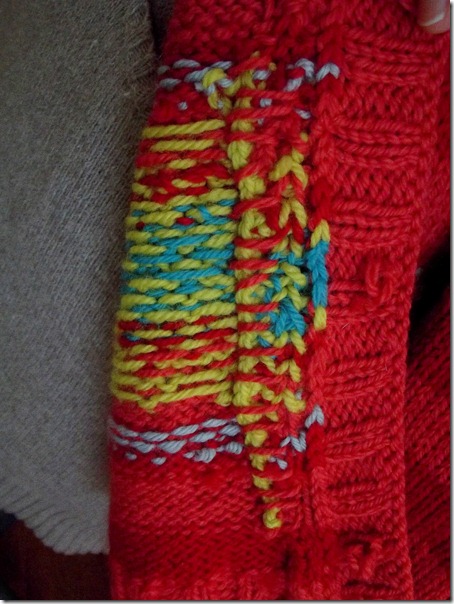 I clipped off any yarn ends that were going rogue and then whipstitched around the whole shebang, securing it to itself and to the layer beneath it.  The theory is that with wearing and washing, that tacked-down bit will snuggle up and felt together and become super-secure.  Fingers crossed! 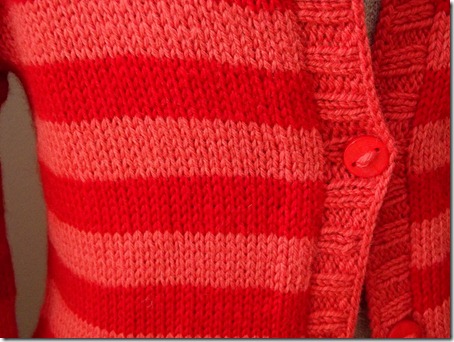 Button bands were knit, and the collar.  I tacked down the edges of the flap at the inside, and then wet-blocked the garment, which made the stranded colorwork section sit up and behave. 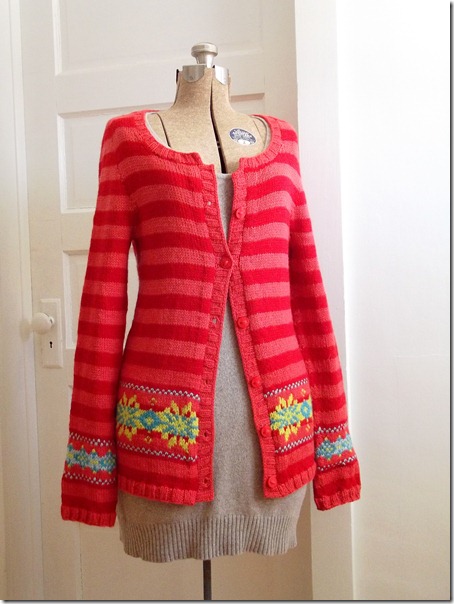 This looks just the way I imagined it.  Success!  I love it when that happens. 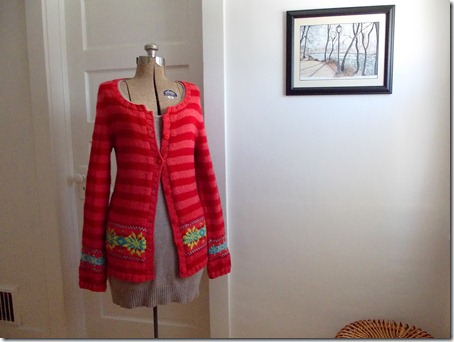 I’m getting on a plane tomorrow, to go and spend a week with my mama.  That’s her painting up there, of Central Park in New York.  Isn’t it lovely?