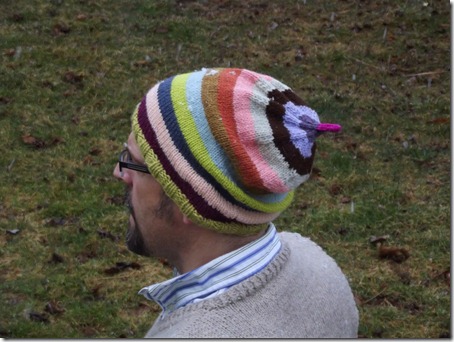 The scraps.  THE SCRAPS.  Nobody should have this many scraps.  I love my basket of scraps, but I can’t help wanting it to make something of itself, you know?  I don’t really want the scraps to go away; I don’t want to have No Scraps, but I look at them like a problem to solve.  I keep arranging them, saying “Hmm, and “Why do I have so much lilac?” The smaller balls of leftover bits have risen up and announced that they would like to be a whole bunch of striped hats, apparently with a vaguely naughty flavor about them, eep!  And so it went yesterday.  As I slouched horizontally on the furniture watching back-to-back episodes of Lidia’s Italy on PBS, I cranked out a couple striped hats, re-inventing the wheel for no good reason and making the pattern up as I went.  As if there aren’t enough hat patterns in the world already.  Anyway, I think it is adorable; the crazy colors all in random order, ending with that little nozzle at the top.  It kind of makes me giggle.  And also, a hat is fast.  Instant gratification. 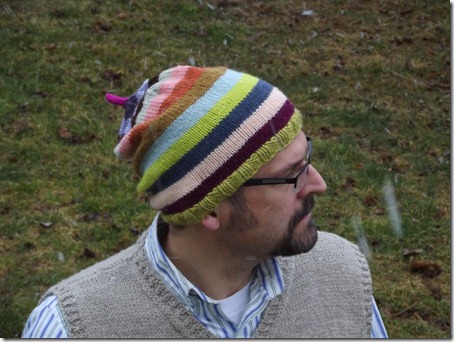 Miserably, this morning it snowed again.  Hold me.  I am so over it.  Anyway, Dean, who is totally game, saw me angling myself at the mirror, trying to see the hat on my own head from one awkward angle and another, and he said, “I’ll put it on.” 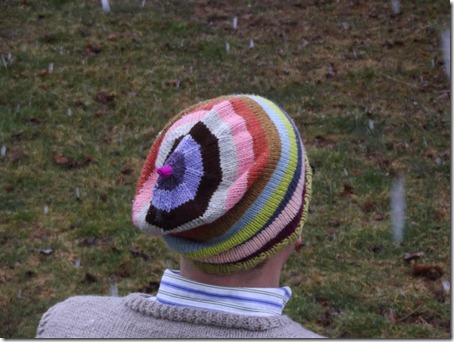 And out he went, into the yard.  Because, you know, the light was better.

So there’s me, still in the kitchen, still in my jammies, hanging out the open window with the camera.  He’s out in the back yard, sidestepping the thawing chicken poo and trying to get into optimum position.  Giant fluffy flakes are starting to accumulate on my bare arms, and I’m art directing the photo shoot, saying, “Get closer.  Not that close.  Turn around, I can’t see the nozzle.  Do a 3/4 turn toward the chickens.  Other way.”  Snow was collecting on him, too.

He got tired of being serious, in a hurry. 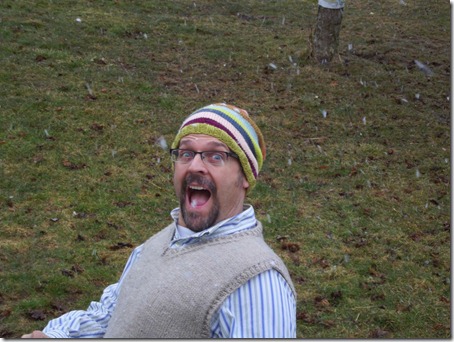 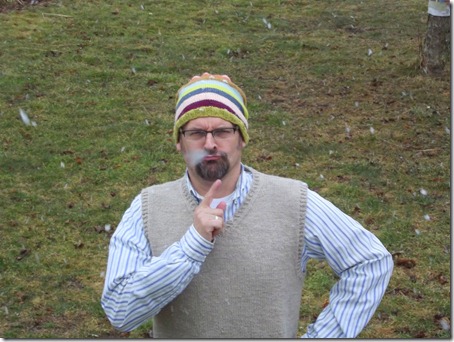 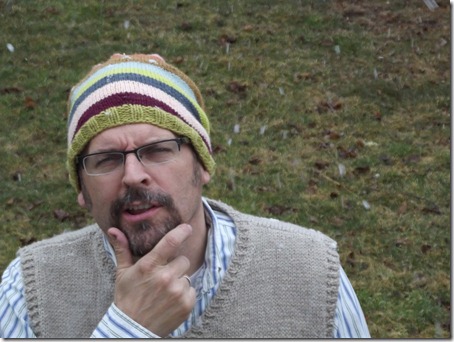 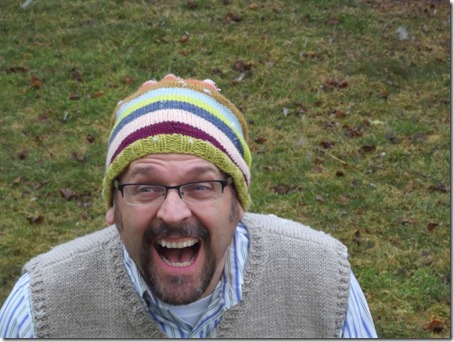 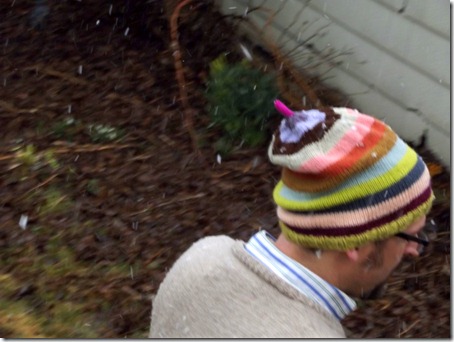 They tell me it will be warm tomorrow, but I’ll believe that when I see it.