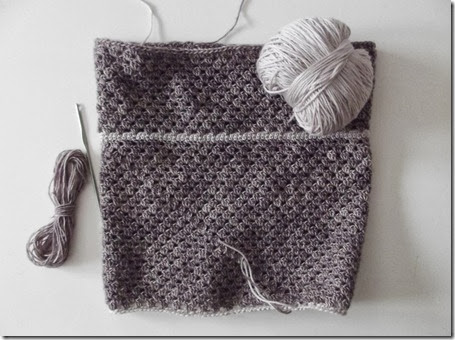 It’s always a surprise that it feels so good to unravel something that didn’t work out.  This cowl, crocheted in a Madelinetosh Light onesie called French Grey, was just not what I hoped.   The yarn is so pretty and it was great fun to make it, but when I put it on, it looked like I was wearing one of those cones that keeps a dog from chewing on his stitches. That yarn is way too nice to be a regret, so away to the winder it went, and the Madtosh lives to be crocheted another day. 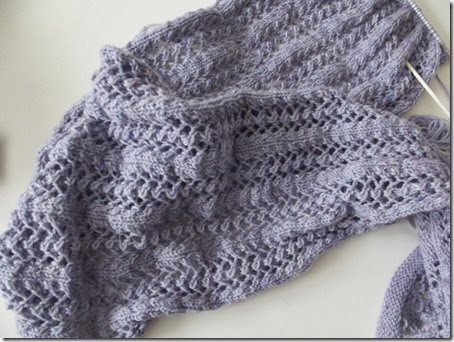 This was going to be a Foliolum, and I worked on it forEVer, and it was turning out perfectly well, but all the while I kept thinking Why am I making this?  Who is it for?  Where will it go when I’m done? I felt like it would probably just go on the shelf and stay there.  Foliolum is pretty, but I just wasn’t in love.  I started it when I just wanted to be startin’ something.  You know.  Then I made this goof, an extra row where there shouldn’t have been one: 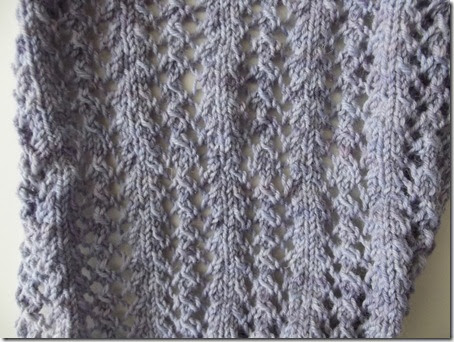 …and because I didn’t really care about the project, I kept going for another foot and a half, thinking it wouldn’t bug me. It really did bug me, though, and then I realized I didn’t even want this scarf, and that I wouldn’t give it away either, not with a big mistake in the middle of it, so I turned it back into two skeins of lilac-gray Araucania Ranco, and now it can be whatever it was really meant to be. 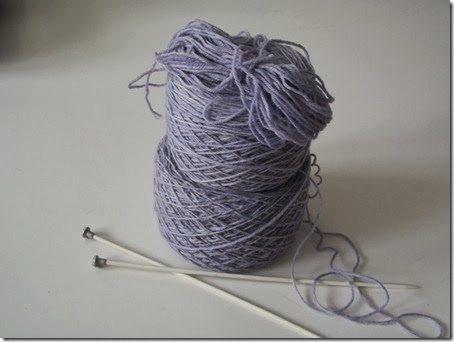 Here’s something good, something that’s not being unraveled: 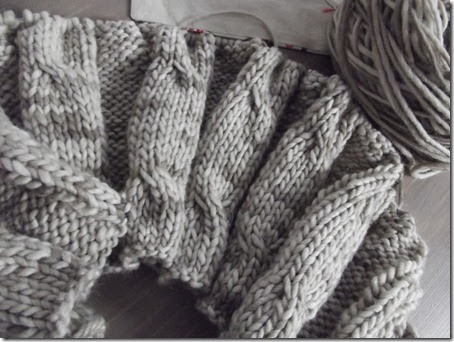 Big, lovely, loose cables in a softly luxurious yarn, aw yeah.  More on this to come.  I know it seems super obvious, but from now on, I’m only making stuff I want to make.