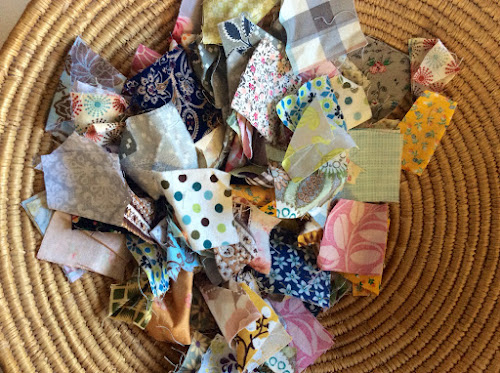 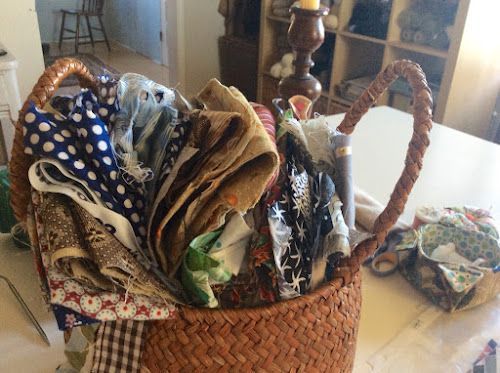 I am out of love with my sewing machine right now, for no good reason. Cords, noise, machinery, maybe. The simplicity of a needle and thread has so much more appeal. I can't stand anything that requires too much fussing, or even a little bit of fussing. So it's back to these little 1 1/2" squares, stitched together by hand; slow slow slow. Lovely. Honestly, there is so much peace in this kind of work. You all know what I mean. 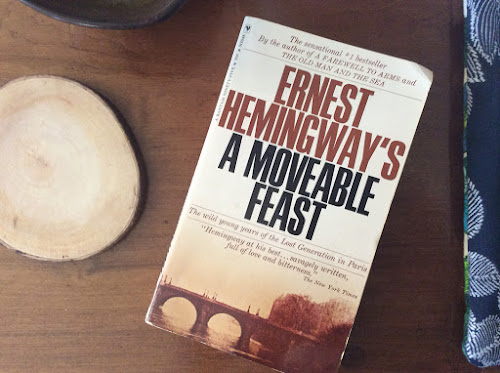 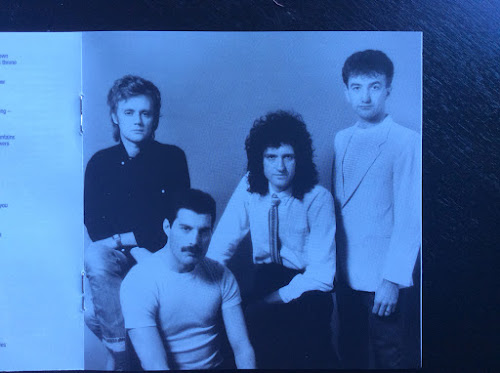 Marianne and I were talking about kitchen decor. I said, "I'll tell you what I love, and I can't remember where I saw it, but somebody in some book has decorated their kitchen like a doctor's office, with metal cabinets and a dang examining table to sit at for breakfast, but on one wall is an enormous mural photograph of Freddie Mercury doing a backbend." I still think about that because it amazed me; Freddie in white, head thrown back and wailing into a microphone, exploding with star quality, ten feet tall and sweating, as wallpaper in someone's medical-theme kitchen. Honestly, I know nothing about design. Nothing! It must have been in a borrowed book, or I would have torn out the page and pinned it to my wall. If any of ya'll remember that doctor's office kitchen photo, tell me where I saw it, will you? Anyway, Marianne, who is a total rockstar, said, "That's from Queen: Live at Wembley Stadium. I have it at home. Wanna borrow it?" Not only did she know the photo I referred to, but she had it at her fingertips. Friends like that, am I right? Anyway, my weekend viewing of Queen: Live at Wembley Stadium has led to a renewed adoration of Freddie Mercury and of Brian May's lovely curly hair, and to me slightly injuring my neck in a kitchen-dancing Bohemian Rhapsody rhapsody. That song, manoman. The rest of them, too. So great. Also, there's been Hemingway, who I left behind a long time ago, but who bubbled up again circuitously via a documentary about Hunter S. Thompson, and then Patti Smith's new book M Train. Hemingway would hate all the extra words I use. So much culture, people. I am swimming in it. 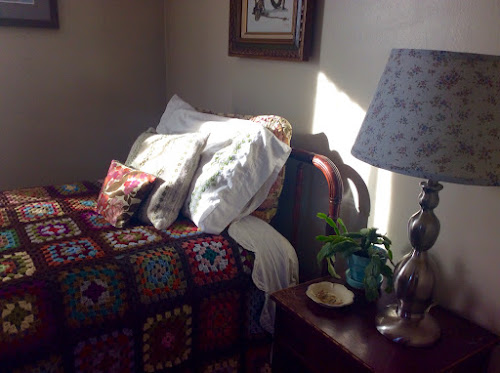 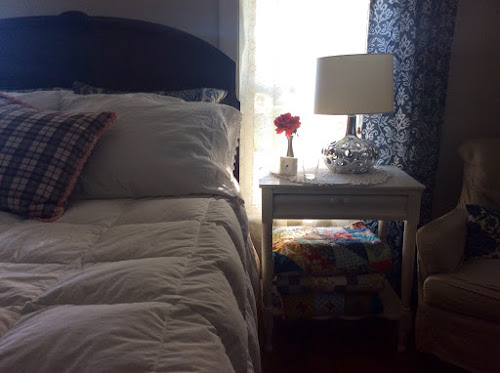 Home as laboratory. I read that somewhere else [I can't remember things] and it made me feel better about my habit of changing, adding, editing all my furniture, curtains, and stuff all the time. You guys, I know people who leave their rooms alone! I know! They pick a wall color and put their stuff down, and there it all stays, for years and years. I'm serious. I don't even get that for one second. I spend a lot of happy energy kind of rearranging all my stuff, finding a new little thrifty treasure or making new pillow covers, getting rid of what I don't love anymore. I feel with every change and shift that I am getting closer and closer. To something. 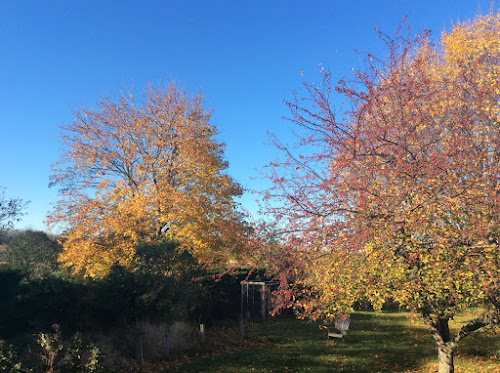 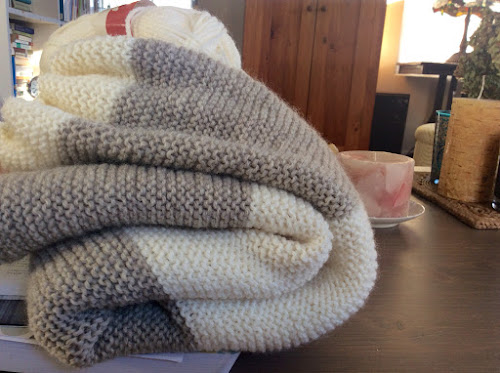 Relentlessly good weather these days, that sky! The golden trees! The cedar waxwings are back, on their way out of town, to pick at the crabapple fruit. They gather in that tree and it is alive with them, as the leaves flurry down. I knit and knit and knit, in garter stitch, same same same. This blanket grows with a steady tedium, like a metronome. It is heavy in my lap now, a comfort already.