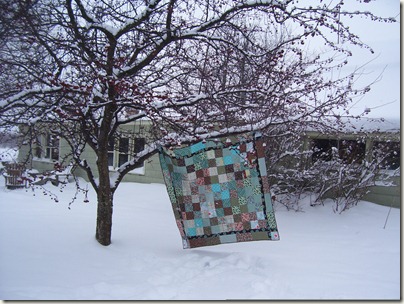 We woke on Tuesday to huge amounts of new snow, which meant only one thing: 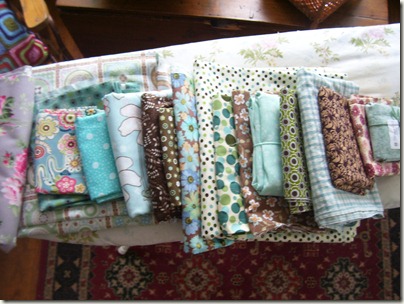 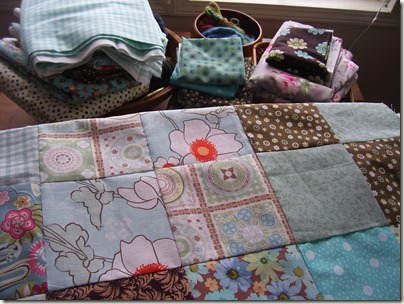 I seem to have accumulated quite a few different fabrics in shades of turquoise and brown, which lent themselves beautifully to this design by Jane Brocket, called “Lisbon Tile” from her book The Gentle Art of Quiltmaking. As it happened, I had a huge piece of that spa tile fabric you see up there, so that became the back, too. It didn’t take me long to have the top done, and by the next day, I had quilted it and bound the edges. 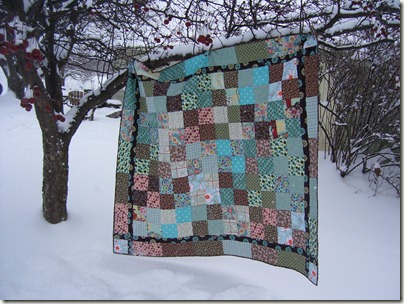 I took it outside to photograph this morning. Trying to go to school on the beautifully styled quilt portraits of Kaffe Fassett and Jane Brocket, and lacking a crumbling brick wall or rusty bridge piling, I artfully clothespinned it to the crabapple tree and let the wintery natural light do its best. It looked so pretty there, tossing gently as the big flakes drifted down. 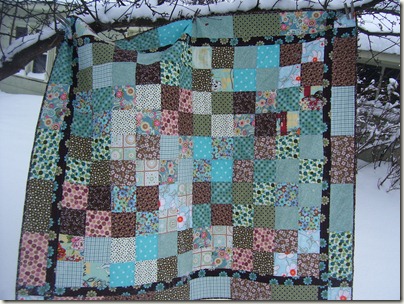 This is the first time I have ever made a quilt from a pattern. I know! It was so much fun—someone else has already done all the doodling and calculating, and all I had to do was just cut out what she said to, and sew it where the diagram showed. Bliss! 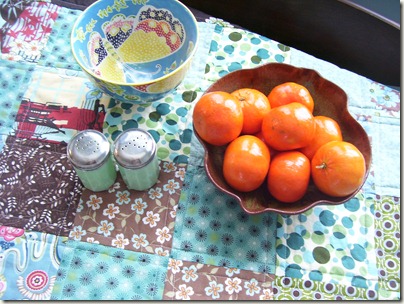 It’s a little smaller than I would usually make a quilt (64” x 74”) since I normally can’t see the point in making a quilt that won’t fit on my bed, but this was made with the idea in mind that I would use it for wrapping up on a chilly morning, or as an extra layer on a child’s bed for a cold night, and for that, it is perfect. I love sewing wee squares of fabric together. It’s really the little things, isn’t it? 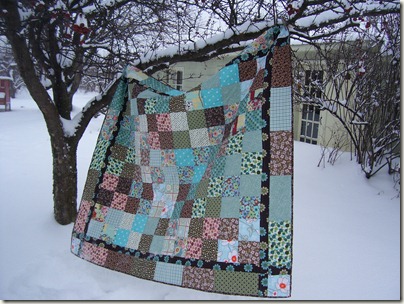