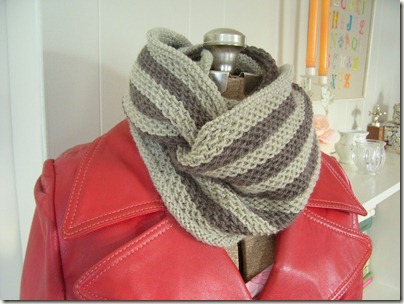 Even though it was 60 degrees F and the daffodils were blooming in Central Park and the birds would have been singing if there had been any birds, and even though my mama (who is a Midwestern gal and knows a thing or two about weather) thought it was a little too warm, everyone on the street in New York was bundled up like they were heading off into a blizzard at the South Pole.   The drag queen being filmed for an arty short movie in the park was quickly hustled into his fur coat between takes.  The nannies on the Upper West Side were swathed in wool.  The pouty-lipped and long-legged knee-boot wearers of Midtown were wrapped in three layers of puffy coat and cowls.   These people look like they have been cold before and do not want to go there again. 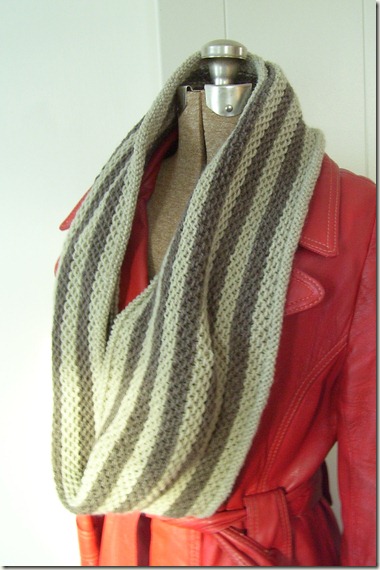 New York is a city on foot.  Here’s what I learned:  if you walk as much as they do, blocks and blocks of walking; it might be several blocks to your subway station, and there are stairs to climb everywhere, then you can eat all the pizza, hot dogs, gelato, and foot-tall pastrami on rye sandwiches you can handle and still you will look like a million bucks.  This is great to know. 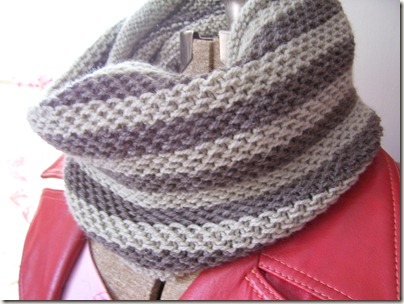 Meanwhile, it is not 60 degrees F here in my neighborhood at home.  It is still pretty cold.  So I made this cowl, to wear while I walk and walk and walk.  I used a gorgeous soft wool gifted to me by a very generous knitter, two skeins of Shepherd’s Wool, in “Beaches” and “Milk Chocolate”.  The yarn was made in my home state of Michigan, where it is also still pretty cold.  The cowl pattern can be found here, and as you can see, it knits up fast. 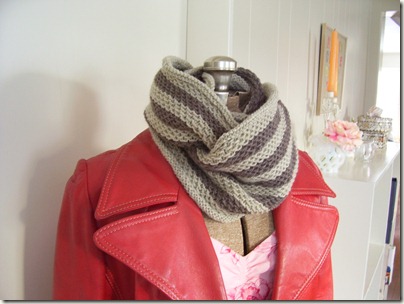 That thing is the soul of urban chic right now, and it’s cozy, too.  I thought I saw Steven Spielberg wearing one of these last week.  But it wasn’t him.