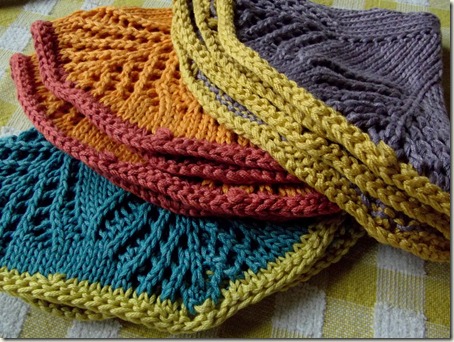 I don’t have a dishwasher, and I always say it’s because we don’t have any room for one in our little kitchen, but the truth is, I really don’t want a dishwasher.  Now, definitely there are times when I wish I could just throw those scrambled egg pans behind a door and magically they would emerge sparkling and new, but mostly not.  Mostly, I kind of enjoy filling the sink and washing them by hand.  Of course, after twenty-plus years of this, my hands are utterly destroyed.  The kids do their share, too; in fact I recently wrote “WASH YOUR DISHES!” on a chalkboard on the refrigerator, as a gentle reminder to them about those late-night nacho pans, and they invented a new version of Rock, Paper, Scissors, based on their favorite TV show, as a means to decide whose turn it is, which is the most hilarious thing ever.  I wish you could see it, you’d fall over. 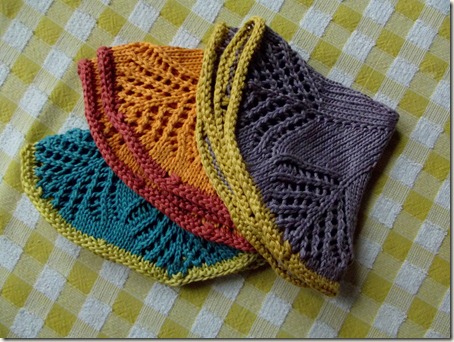 I guess sometimes it’s a little bit onerous to wash dishes by hand.  It can be meditative and nice in the sudsy warm water, but it can also be a pain, so I make pretty dishcloths.  I think it sweetens that regular chore a little, and I try not to care when I find one all shredded up in the garbage disposal because someone let it go down the drain.  I try to see that as an opportunity to make more.  Yeah.  That’s it. 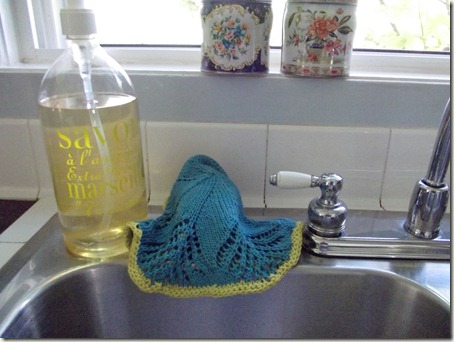 The pattern is “Grandma’s Fan Dishcloth” from this book, and it’s really just a knitted doily, which I can’t believe I never thought of before.  Washing the dishes with a doily!  Why not? 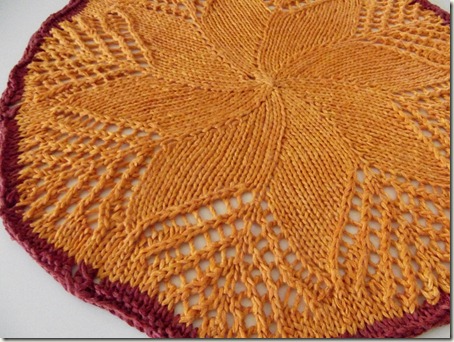 It’s pretty, and it’s useful, and it’s interesting to make, too.  Win.