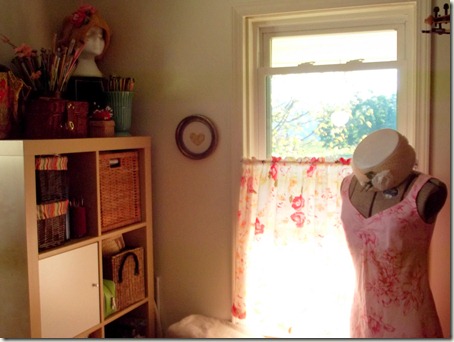 Oh, these early autumn days are so gorgeous.  That low, slanting light and the blue, blue sky…it just sends me.  I want to photograph everything. 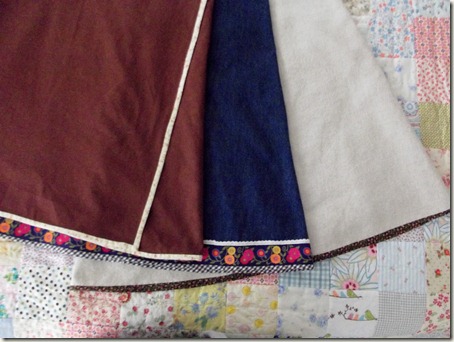 Although I’ve exhausted the stash, skirt-fabric-wise.  In fact, that one on the right?  The beige linen one?  That’s my Sound of Music skirt—it’s made from a curtain. 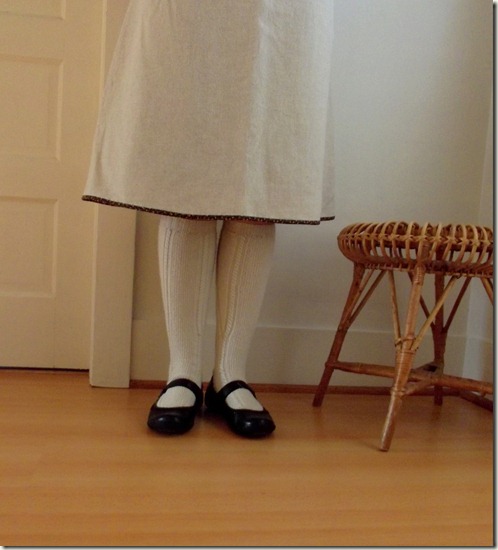 It wasn’t being used as a curtain at the time, but that doesn’t mean I wouldn’t have taken it off the wall to make clothes.  I once cut buttons off a shirt in my husband’s closet because I needed them for something else.

Speaking of buttons, I want to show you how I made the button closure. 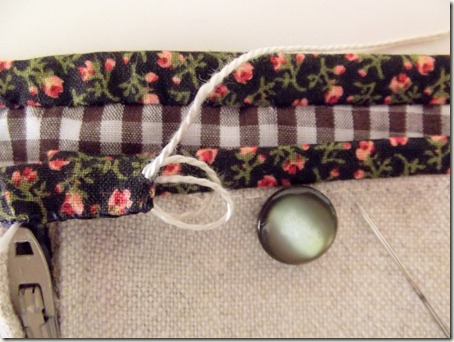 I threaded a piece of #5 Perle cotton onto a big-eyed needle and ran it through the end of the waistband (which in this case is just a bias edging) and made two loops.  I made sure the button I was planning to use would fit—snugly—through the loops, and then I began making little knots around the loops, like this: 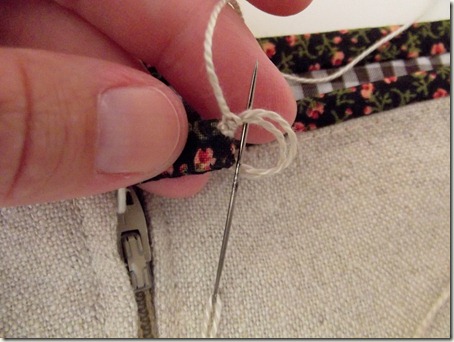 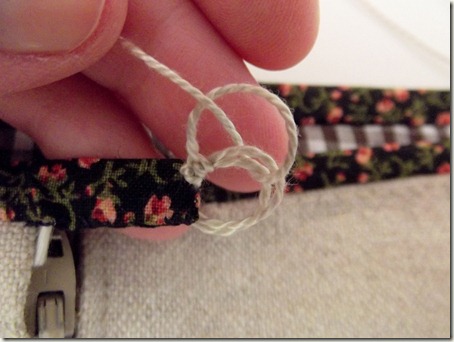 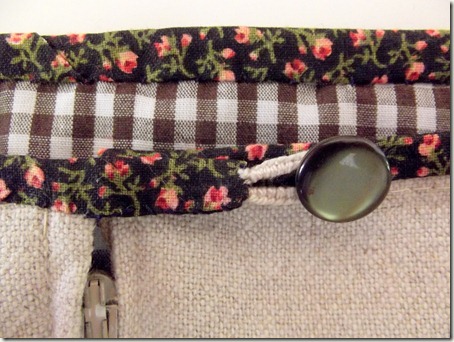 When the loop was covered with knots, I fastened off the end by running it into the interior of the skirt, between the curtain linen and the gingham lining, and knotted it.  For all I know this is an actual technique (maybe called “buttonhole stitch” or whatever, who knows) and my mama may have taught it to me, I have no idea.  I’ve just always done it when I need a loop closure.  It’s handy, and I don’t have to go to the store. 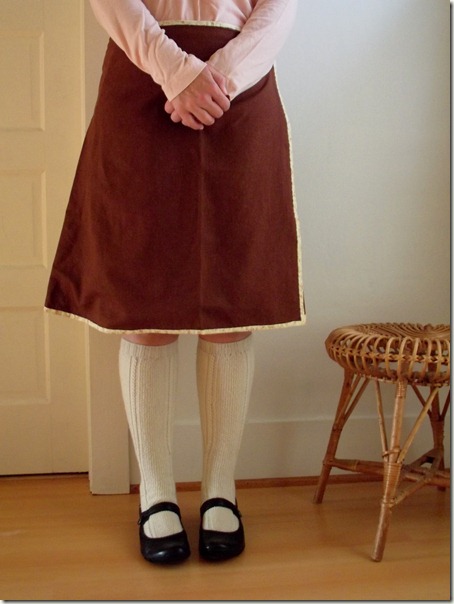 This one is a wrap skirt, made using the same pattern.  I lined it with (what else) gingham and then sewed a bias edging around the whole thing.  Then I added two buttons at the waistband, and hand-sewed two buttonholes to meet them. 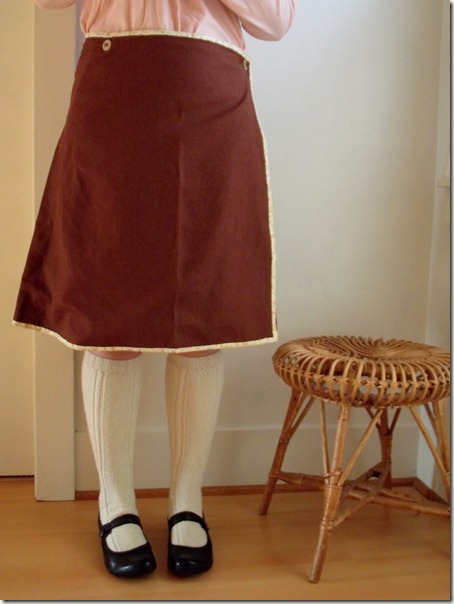