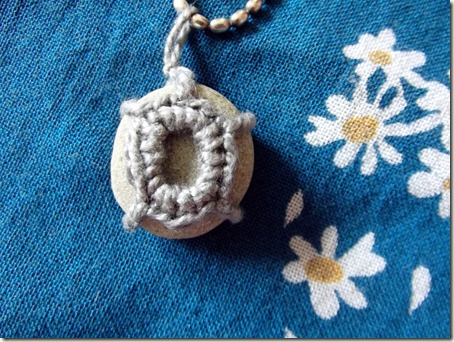 When I was a girl, we took a trip to Whitefish Point on Lake Superior, where the water was achingly cold, even in August.  We watched our ankles turn white, then purple as we tried to wade in the waves.  Whitefish Point is, famously, the safe haven never reached by the Edmund Fitzgerald.  This was one of my dad’s favorite songs.  His heartstrings were easily tugged, and I am a girl like that, too.  Things move me.  The beach that day was made up of a million flat white stones, and my dad picked one up, one just like all the others, and said, “Here.  This is your souvenir.  Keep it in your pocket.”  Nothing flowery or sentimental, though he and I both were the flowery, sentimental type, and I tucked the stone—an agate, I think—into my pocket.  I thought I would probably keep it forever, and I did, for a long time.  I knew exactly where that stone was for such a long time, and it is only recently that I’m not sure where it is.  It is somewhere, though, the stone he chose for me out of the millions that were just like it.

If I could find it today, I might crochet a little jacket for it, like this one, and wear it.  Like the pebble I used here, it was nothing special, just a rock, just like all the others on the beach.  There is something about the choosing, isn’t there? 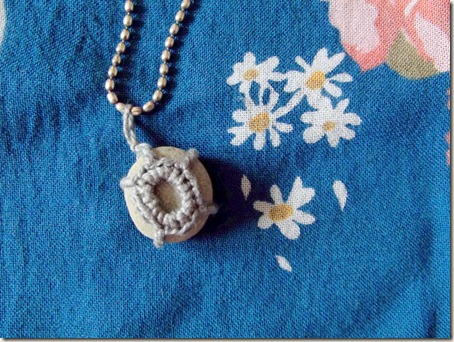 I didn’t use any pattern; I just found some crochet cotton and a teeny hook and hooked up something that looked good.  What you do is you make the front of it, some kind of medallion or motif that’s mostly the same size as the stone, then you do a round or two of decreases to cinch it up at the back a little, stick the stone inside, and cinch it up some more.  Fasten it off, make a loop, weave in the ends.  That’s all.  I sort of think this looks like a turtle.