We’re having a regular New York winter this year, thank goodness.  Not that I’m complaining about last winter, which was essentially nonexistent and the whole of January and February, those deep, dark months where we normally have to mount an expedition just to take out the trash, was balmy and bright and instead of knee-high snow boots I wore ballet flats with no socks.  [Let’s pause for a moment of nostalgic reflection…long sigh…] No, this year, it is cold, and we have our snow.  It is as it should be.  This is the North.  I need mittens.

Sometimes I wear two pairs at once, multiple mitten layers, which really keeps the wind out.  And how do people wear gloves, anyway?  Don’t their fingers need each other?  Mine do.  Gloves look spiffy, but in the bitterness of January, my fingers get so cold they want to die. 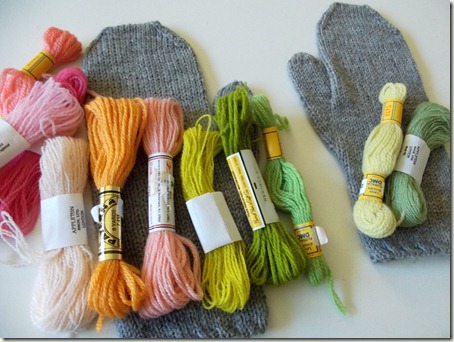 I have a regular mitten pattern, and if you’re a knitter, you probably do too.  Mine is just a plain mitten with no fanciness, but I felt like making a pair of fancy-ish mittens.   I felt like making some gray mittens with embroidered flowers on them. 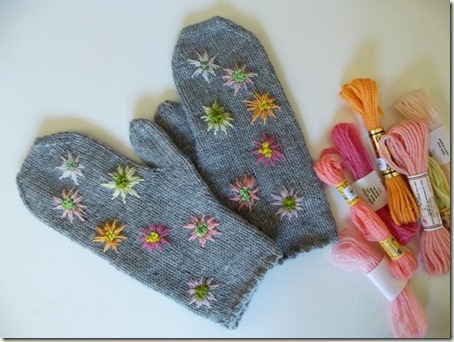 A pair of mittens requires only one ball (less than 100g) of worsted weight yarn and an evening or two cozied up by the fire.  As I knit mittens, I always feel like Ma Ingalls, preparing for the Long Winter.  Making mittens feels like one of the cozies things a person can do.

I made the mittens first, then began stitching the flowers, for which I used crewel wool and a large-eyed needle.  I started with the french knot centers, leaving the tails hanging out the front: 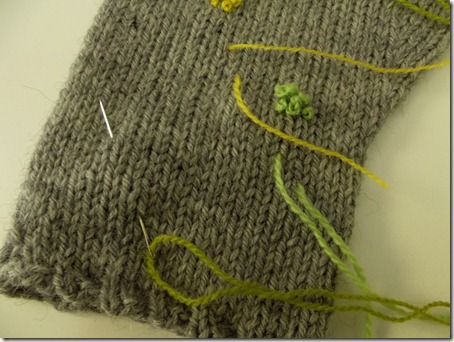 I dealt with the ends later, but having them out front where I could see them as I worked, instead of letting them dangle around inside the mitten where they could and did get in the way of every single stitch, was a lot easier. 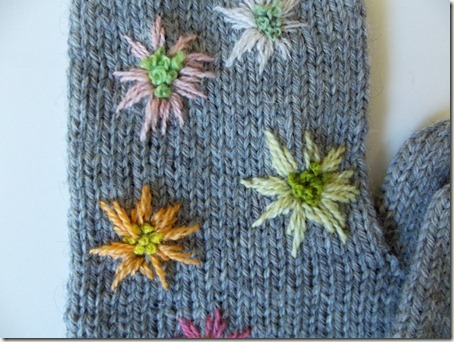 The petals were added last, just a few straight stitches in pink and yellow.  It was somehow hard to get a good picture of the finished mittens.  Everybody tried to help me: 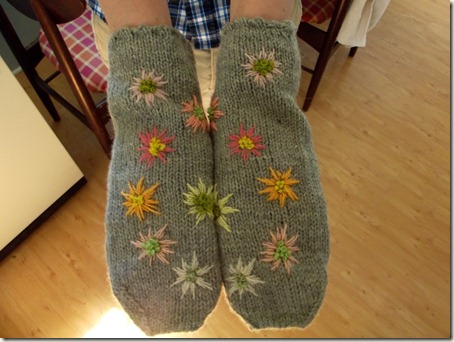 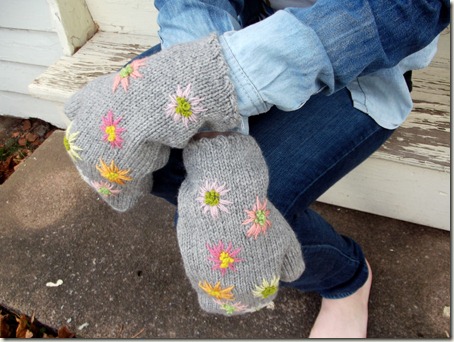 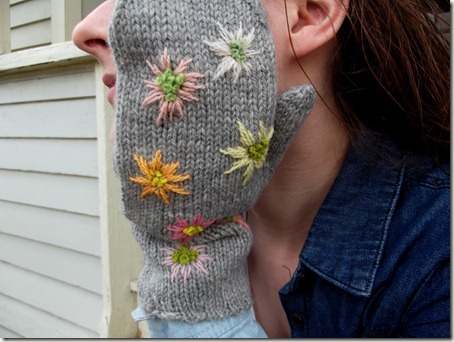 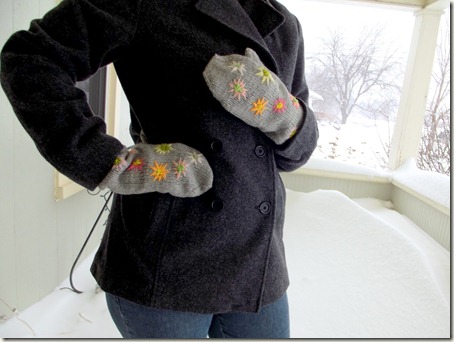 Well, you get the idea.  They’re wooly and warm, but pretty, too.  I think you could do this even if you aren’t a knitter; just take some plain mittens you already have and stitch on a few flowers.   That’s the soul of cozy.