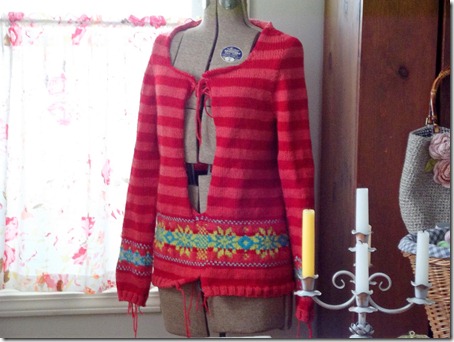 It snowed again yesterday (hence the dim lighting), and it was one of those apocalyptic storm events during which the TV weatherman takes off his jacket and rolls up his sleeves because he figures he’s going to be there all night in the Action WeatherCenter, reporting on the blizzard and keeping us informed, but then it ends up snowing about a foot or so, which is typical for my neighborhood this time of year, and this storm ended up being not that big a deal.  Anyway, it looked pretty, and while the snow was pouring down, I baked cookies, did the laundry, and finished the knitting on this sweater while watching a confusing but also interesting movie about the Shakespeare authorship debate.  These things always leave me with a lot of questions, and I always have trouble figuring out which Earl is which, so I just ate cookies and knitted and tried to pay attention.

Then it was time to deal with the steek.  It was too early in the day for alcoholic courage, so I had to do this cold, and it is seriously intimidating.  For those just tuning in, a steek is a bunch of extra stitches the middle of which I am going to take my scissors and cut so as to open up the front and make this a cardigan.  The steek is that pixellated bit in the middle of the stranded colorwork section, which folds to the inside and doesn’t show in the finished garment.  The pink and red stripes were knit back and forth, so this time I only have to cut open the colorwork. 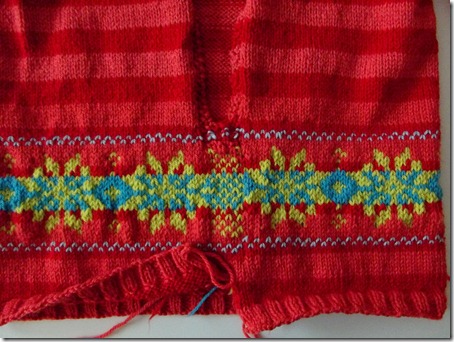 First, you reinforce.  There are a number of ways to do this, and I decided to use the crochet method.  I located the exact center of the steek and then worked a row of single crochet stitches underneath the column of knitted stitches directly beside the center. 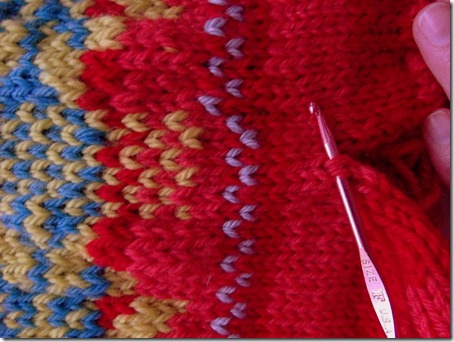 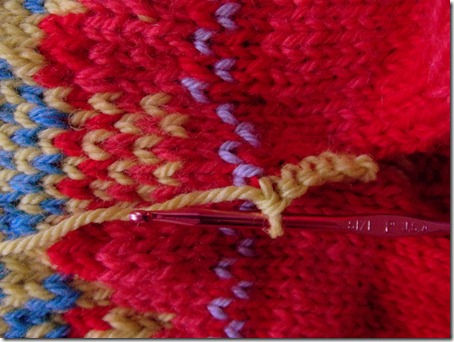 Then I flipped the sweater around and did the same on the opposite side of the center. 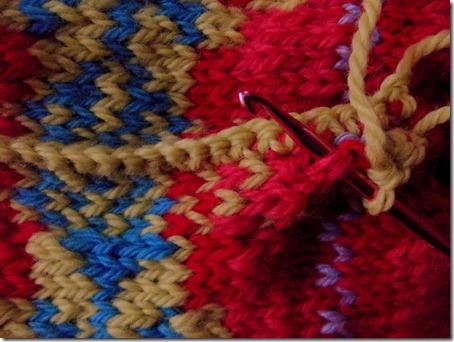 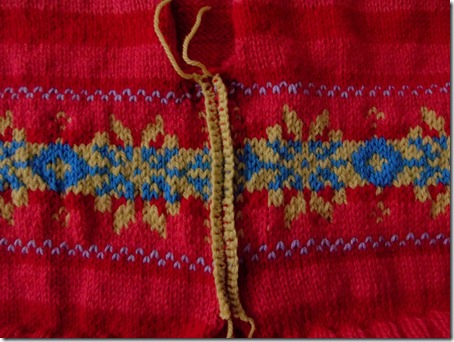 Those crochet stitches [are supposed to] hold everything together while you cut the knitting and then work the button bands.  They fold to the inside where you don’t see them.

I’m not gonna lie to you; it’s a little unnerving.  I’m cutting my what?  With whaaat?? 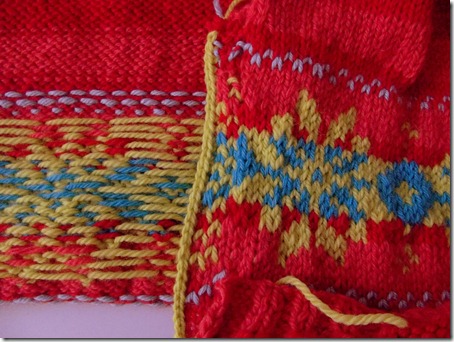 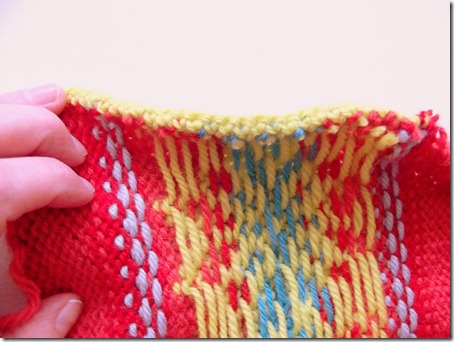 In my (limited) experience, a cutting a steek has never resulted in disaster.  Let us hope that is the case here.  Those fringy ends unsettle me.