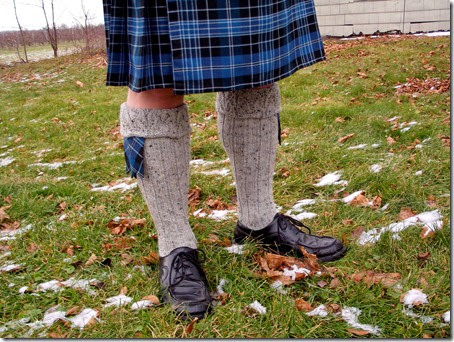 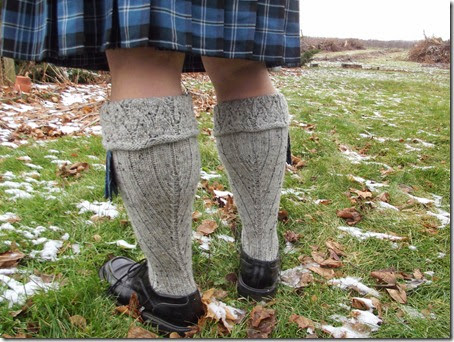 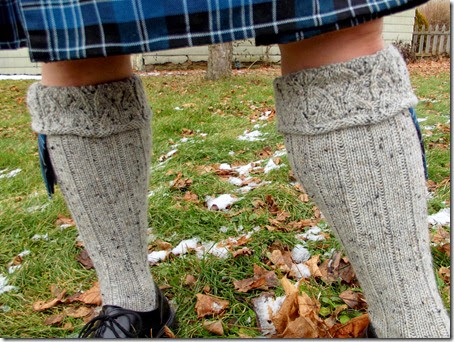 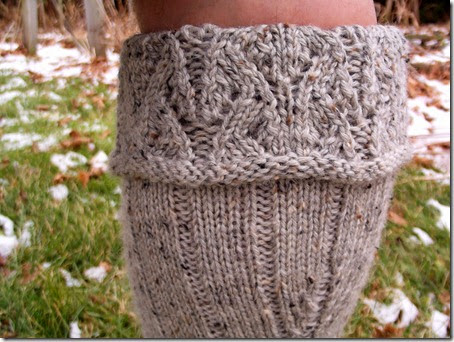 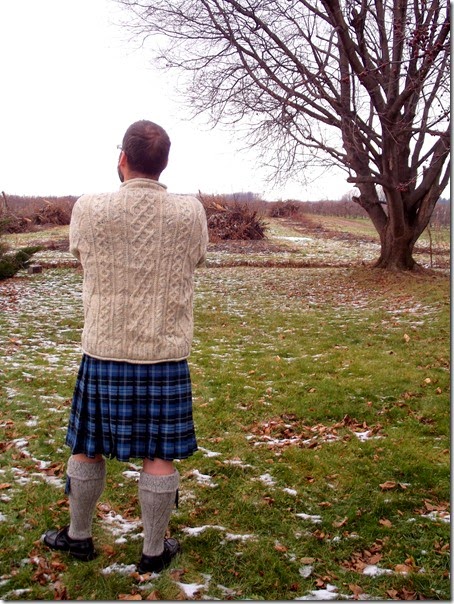 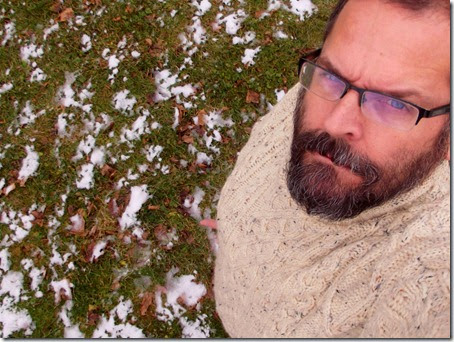 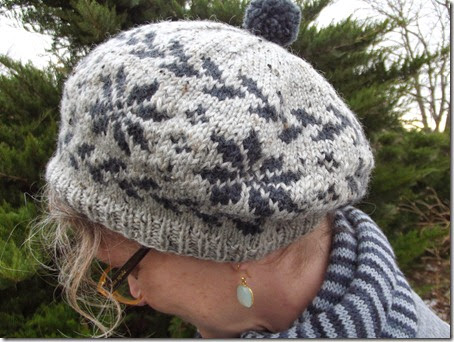 As ever, knitting is a balm to my aching soul, and this hat, with its traditional snowflake motifs and fluffy-hairdo-retention beret shaping, fell from the needles almost automatically.  I used one stray skein of KnitPicks Wool of the Andes in “Down Heather” and some of a partial skein of Patons Classic Wool in the wonderfully grayed-navy “Mercury”.  As I worked, feeling very gray indeed, I wondered if it would’ve been more fun in zippier colors.  Maybe next time.  I’ll probably do another, probably involving--heaven help me--“Lemongrass”.  I don’t know what it is about that yarn, but it compels me.  It is the perfect foil for the stormy-looking everywhere gray of early winter.  The free pattern for the hat is here. 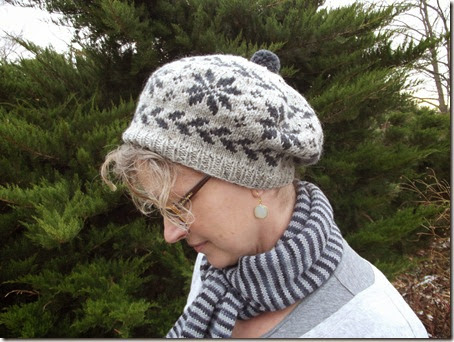 I can’t thank you all enough for your kind words and thoughts about the loss of my lovely old dog.  She came into our lives when I was kinda down and out, and with a most generous spirit she schooled me in play and laughing and running free in the fresh air, and in being fully your own self.  She was better than good, she was the very best, and I feel so lucky.  And I’m lucky to have all of you here, too.  Thank you, thank you.  Thank you. 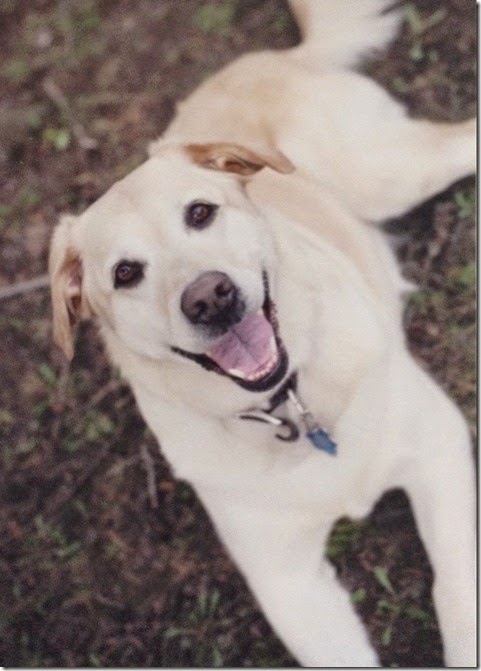 There is so much in my heart, and my words are too small for it.  Goodbye, old girl. 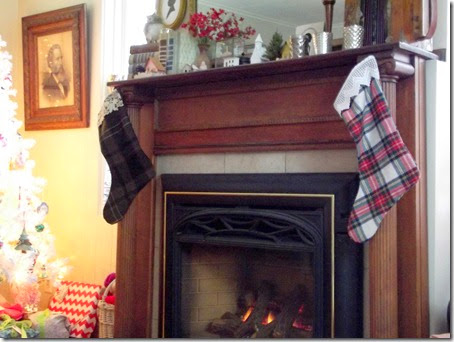 I am in a very plaid mood right now.  I made these stockings the other day, because in spite of us all being grownups around here, Santa is still coming to my house (if he doesn’t look like Tim Allen, I don’t want to know about it, ya’ll) and also because honestly, the attic is so full of stuff that it was frankly easier to make new ones than to find the old ones.  I’m not even kidding.  Besides, these are plaid, and it was fun.  I also threw all caution to the wind and decided, finally, to go ahead and hammer some nails right into the mantel so they could hang properly.  Why not?  It’s my mantel, and nobody will mind but me, and I don’t mind. 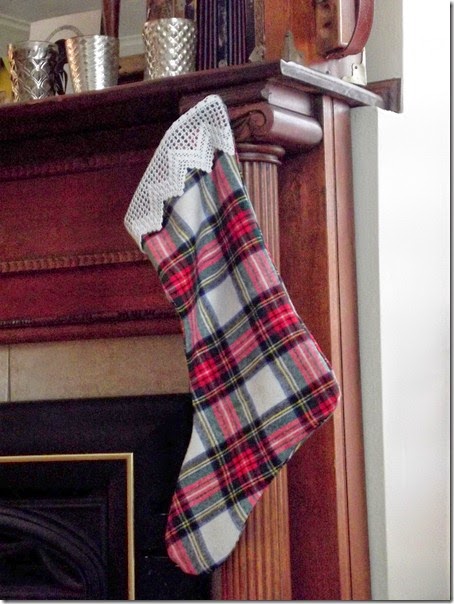 I drew a vaguely stocking-ish shape on a big piece of paper, cut it out and pinned it to a thrifted wool plaid skirt (avoiding the seams) attached a little piece of (also thrifted) handmade lace (I know, right? ) and a gingham lining, and stitched it all together.  It took hardly any time at all, and now my mantelpiece looks like Christmas at Balmoral, if I squint a lot and use my imagination.  Since Tim Allen Santa will be filling these, I made them wide and useful, but I think they’d be great all long and skinny and elf-shoe-shaped, too, with a pointy toe and a jingle bell on the end.  Maybe I’ll make some more.

In news from the Cheer Up department, looky: 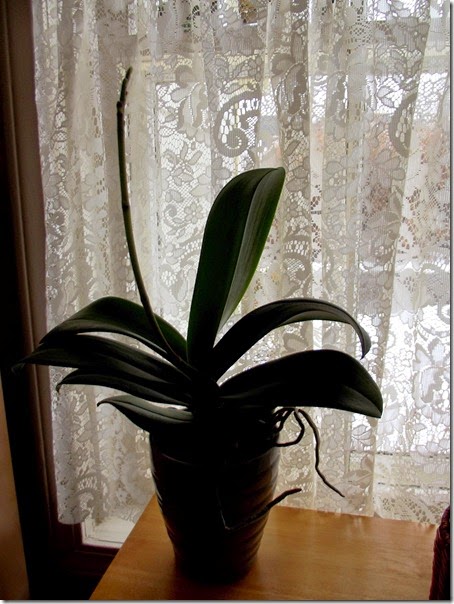 That there is my Mother’s Day orchid, getting ready to bloom again.  You know what?  I can’t even.  It is like a hug from the universe. The halls are decked; the gifts, in an unprecedented feat of efficiency, are finished and wrapped, and I have made Ina’s Pot Roast, which smells so good it makes me swoon.  In a week or two, there will be flowers, which seems like the work of fairies right now, in the middle of the dark side of the year.  Pretty nice. 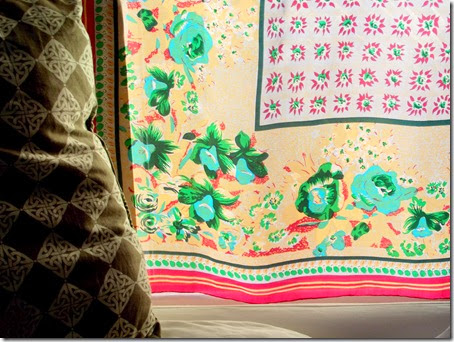 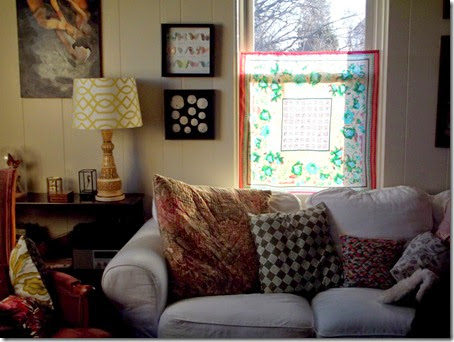 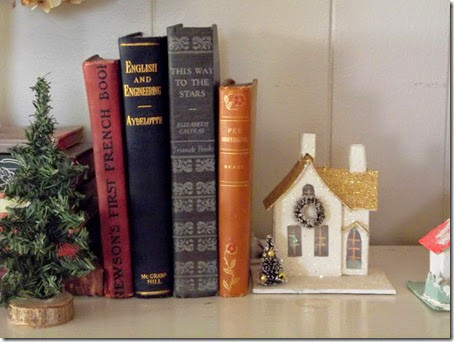 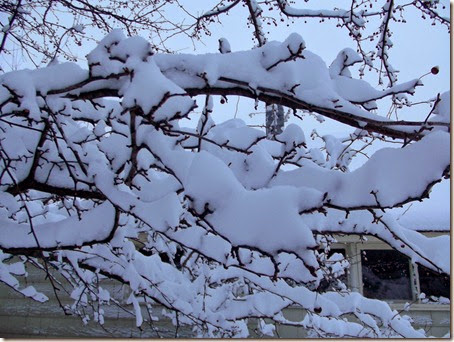 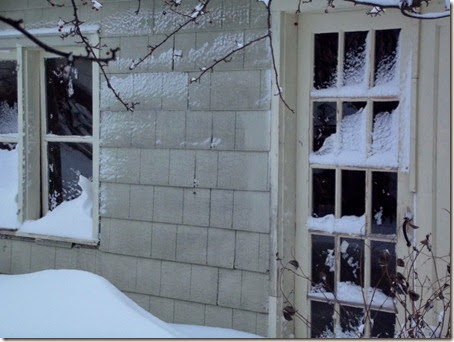 We got some good old-fashioned christmastime snow, and the whole world looks like a birthday cake, and Andy Williams songs play on an endless loop in my head (and everywhere else, too, now that I come to think of it.)  It is quiet here, muffled in snow.  The house feels like it is sleeping.  We [try to] play cribbage, which we don’t really know how to play, and watch birds outside the window.  I bake things.  The last load of laundry tumbles in the dryer.  He chooses a book he thinks I might like, and reads it to me while I wash dishes in the sink, or soak in the bathtub, or knit a sock.  I am forced to admit there is some melancholy in this season now, with the little children all grown up and gone away to their own lives, taking their happy noise and their midnight pans of nachos and their friends with them, and I try to fill the gaping holes left behind with knitting and books and chicken noodle soup, and I cry now and then, sitting in the car wash with holiday songs playing on the radio, or in the evenings with a grown-up eggnog or steaming hot toddy.  I look for new ways to make the season bright.  I hang a silk scarf in the window, which casts color beams like stained glass.  I make things for people, late late into the night, and I light candles, and walk in the snow. 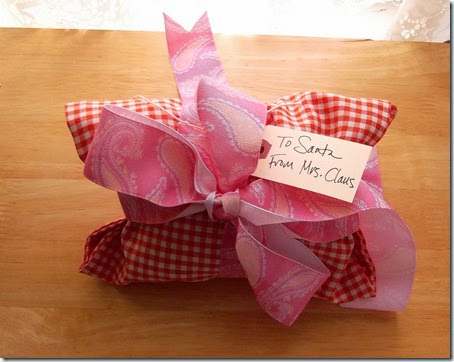 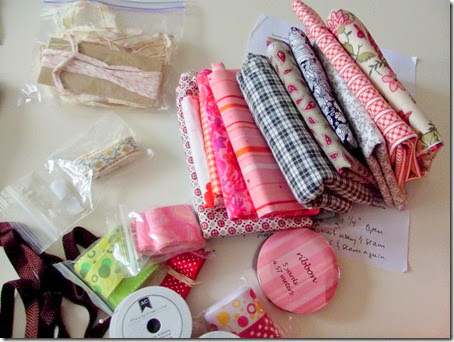 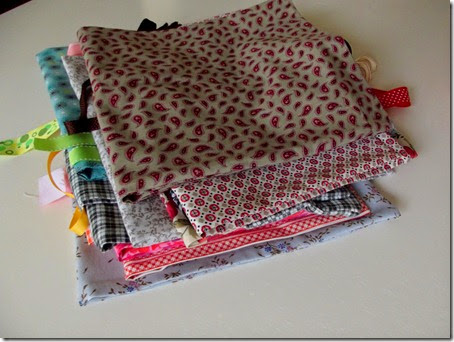 I love gifting things, and I love crafting things to give people, but manoman, I hate wrapping stuff.  I don’t know why I find it so complicated—maybe just finding one empty flat surface big enough to roll out that huge and flimsy paper is too hard, but I also can’t find the tape and the hunt for the right size box usually ends in frustration, and then buying paper just so I can throw it away later is hard to swallow, too.  Amanda’s reusable gift bags is the answer!  No scissors, no tape, no hunting around for a ribbon.  I love this idea so much (did it involve a little bit of sewing?  And scraps?  And finally finding a use for my stashed hoard of the fabric handles from Anthropologie shopping bags?  Yes, yes, and yes!)

It’s not easy being green 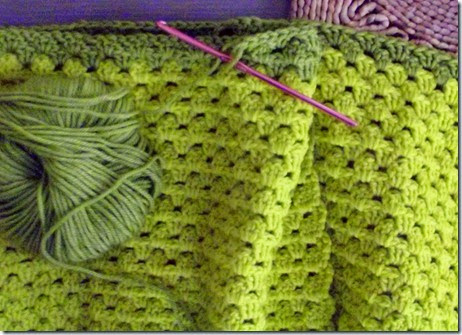 Finally, I have reached the Second Color phase of the (at least for now) Extremely Green Blanket.  That’s Debbie Bliss Cashmerino in the lyrically named color 300502, which I will translate to “Grassy Green”.  On Friday, I braved the hordes (I’m so glad they don’t sell yarn at Best Buy) and went on a hunt for the third color and failed.  Maybe I want this?  This?  I don’t know, I can’t tell.  It looks like this project will be slow going, which is fine, because: 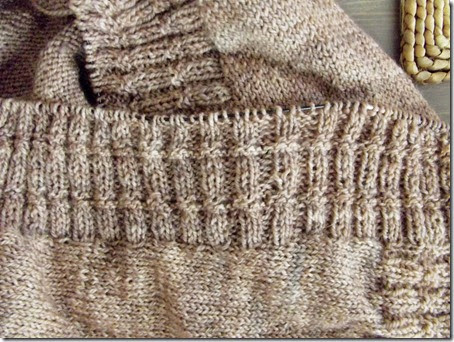 there’s this, which still needs sleeves (and which, I found out, matches my pajamas perfectly, which tells you just about how often I got dressed this weekend) and: 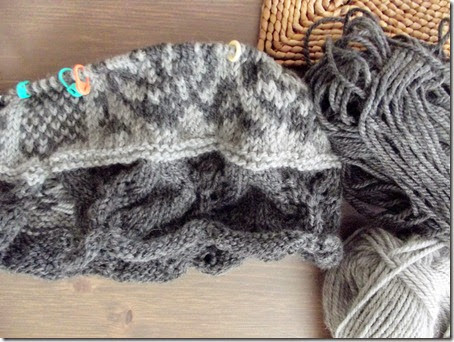 this, which isn’t even the only stranded knitting with a steek that’s happening around here at the moment, wow, I really feel like stranded knitting right now, and there’s also something else in dark brown, the photographs of which look like a—well, like a brown sweater with the lights off, because this is December in the North, and there is no light anywhere.  Gloom.  It is downright dim.  Cozy.  Hygge.

I made Leftover Mashed Potato Soup this morning, in about five minutes flat.  It’s so good I want to eat it for breakfast.