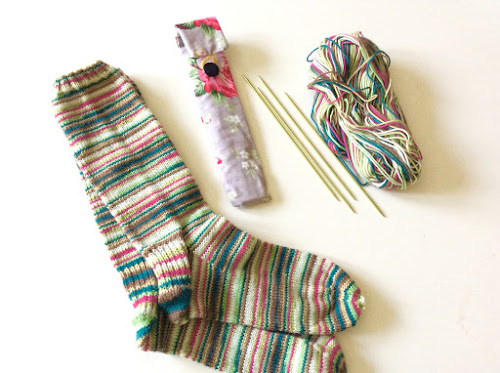 I made socks. Wait, that's not the right color... 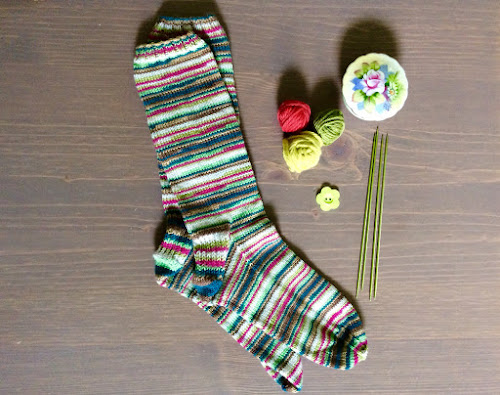 That's not really right, either; there's no blue in this yarn (Indulgence with Aloe--yum--in Color 110, also known by me as Watermelon Christmas) and I don't know what all that other stuff is doing in the picture [this is a pack of lies: it is a sad attempt at finding other things around the house that match the socks, and then trying to curate a pretty little collection for a nice photo. There is not one thing in this house that matches the socks. They are a freaky anomaly, but I was under the influence of a hex--the Great 70% Off Sale of 2012, actually--this is almost the last of that loot] but it is very soft (hint: it's the aloe) and it didn't pool at all. You would have bought it, too. 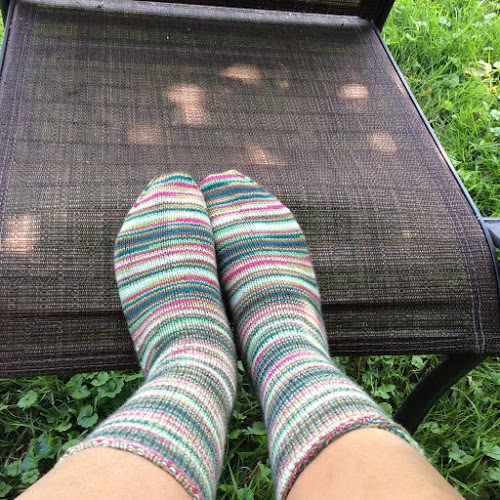 In case you're wondering, this yarn is actually fuchsia, cream, tan, forest green, and a minty/limey green, which, now that I'm describing it, seems crazy. And it's great to have a new pair of socks, but it's (finally!) too hot for socks right now. Maybe tomorrow. It's so hot, in fact, that I got distracted by all the unfamiliar sweating and shot about three days' worth of photos with the aspect ratio somehow in the square mode, without noticing at all. Well, there you go. Square photos.

The sock pattern is my usual; 60 stitches worked on US 1 needles, with a gusset heel, although now that I can see how tight they look across my 47-year-old insteps, it seems like it might be time to either change to 64 stitches or else give up bacon. And since I'm actually eating bacon at this exact minute, you can probably guess which way that's going to go. 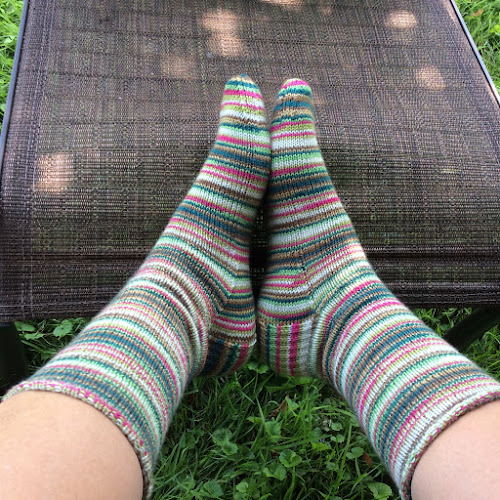 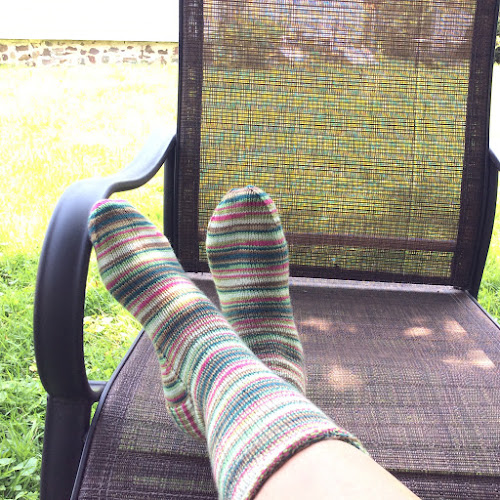