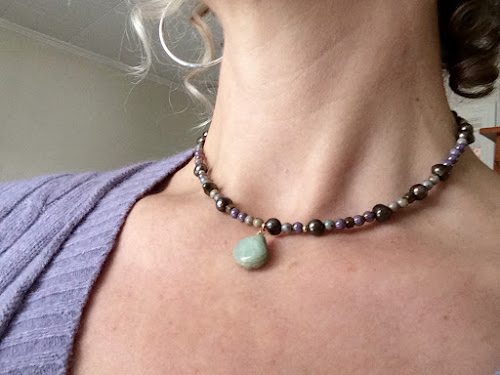 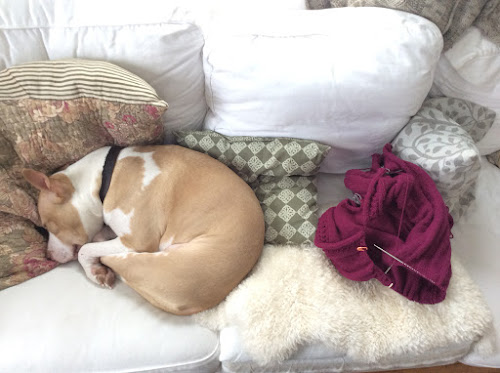 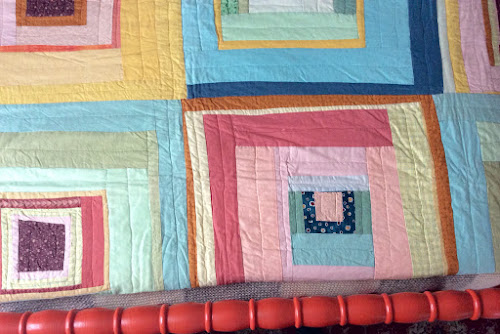 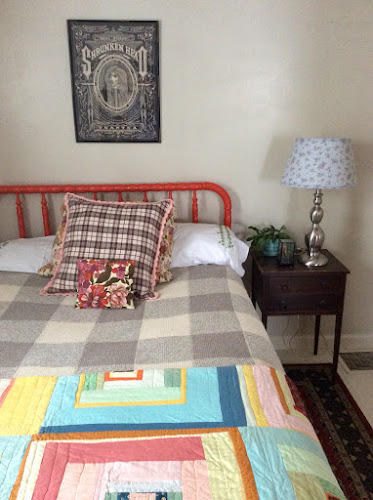 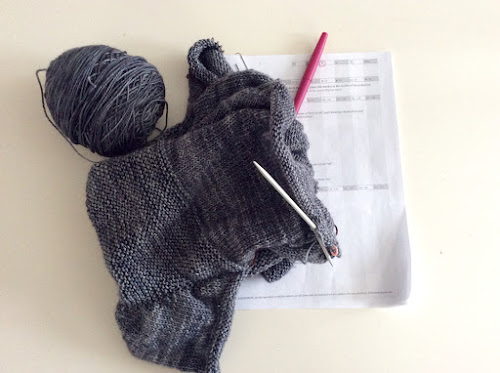 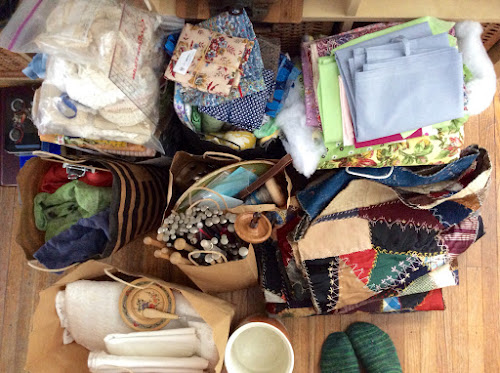 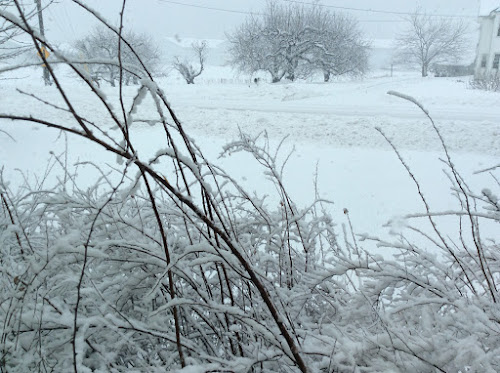 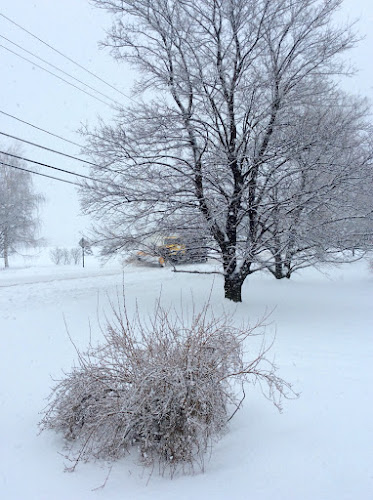 Well, hello! We are having a very unexpected Snow Event. "Unexpected" because when I went to bed last night, I didn't know it was coming, and thus was totally shocked to look outside and see nothing but white out the windows in every direction. What is this snow stuff? I don't understand! It doesn't snow here anymore! [RIP, Perfect Winter 2016] Snowing is so last year. I don't know about you guys, but I had rather come to believe that we were going to escape unscathed. Remember how last week I was changing my clothes out in the backyard, going all bare-armed and everything? Not today, my friends. Today, it is winter, which means I am holed up beside the fireplace with the catdog, knitting diligently on the Nenna and listening to the postman try to get his truck unstuck from the snowbank beside my neighbor's mailbox. [Take a picture? Go help him dig? Take a picture first, then go help? He got it unstuck before I could decide.]

I've been moving stuff around and rearranging the artwork, which I truly love to do--home as laboratory, or artist's canvas maybe--and was thrilled to accidentally discover that the Denyse Schmidt Drunk Love in a Log Cabin quilt I made back in 1999 or thereabouts looked plainly perfect on this bed. Stuff like that just makes me smile, I don't know what else to say. That quilt has spent the past seventeen years folded on a shelf and looking for its purpose, and when I chucked it on there for re-folding, I suddenly realized. Purpose, finally! Nice. It's never too late. Use what you have, and move it around now and then, to keep things interesting.

It felt good the other day to dust off the bead box and string some stuff together. All this--beads, wire, findings, clasp, gemstone of some kind or another--was already in the cupboard, just waiting to be some jewelry. Sitting there. What was I waiting for? What good is it to have a pretty string of coppery/purple pearls sitting in a box? Note to self: make stuff with the pretties. Speaking of which, I've also been having a little bit of a de-stash, inspired by Felicia at The Craft Sessions. Guys, I have too much stuff, and it's time to deal with it. I'm never going to make that many quilts. More on this later.

Of an evening, when dinner is over and the dishes are done, we brew a pot of coffee and Netflix-binge many episodes of Doc Martin, and I knit Antler in Madelinetosh Sock, main color "Charcoal". I'm past the fiddly bits, and can get up a head of steam on the plain part now. [Sarcasm on] What I really need now is definitely another gray pullover. Yup. The thirty-six--that's the actual number, I counted yesterday--neutral sweaters in my closet are not enough. [Sarcasm off] But O, the Tosh! Honestly. How can yarn be this beautiful?